A downloadable game for Windows

A small game developed by Luca Fumagalli for the Ludum Dare #34 Game Jam!

You play as a lone soul battling a vile force known as Despair. The grief and regrets of the dead power it, and every soul that falls into the darkness will make Despair grow. To win, you must keep white souls from falling into Despair (the darkness at the bottom of the screen) by lifting them with your hopeful glow. Raising a soul up into the light will make Hope grow, bringing you and everyone else closer to a peaceful rest.

You will have to balance keeping white souls from falling while also keeping Despair's spawn at bay. Manifestations of Despair can be repelled with your glow (by holding the right mouse button). You can also try to force out their captive souls by hitting them with a spark of light (left-click). Don't let yourself or other souls be dragged into Despair. There is always Hope!

Move with the mouse/arrow keys/WASD. Left-click/X/J to confirm a selection.
Be sure to check out the in-game Help for more information.

Uploaded Hope v2.05! In this version I finally fixed that horrible bug that prevented people from playing the game in certain resolutions. I've also re-balanced the tendril of darkness so it doesn't cause as much despair when it appears. Now everyone should be able to play and enjoy without anymore major issues! Yay! Now I'm officially going on hiatus for Hope's development until after the Tower Jam. If you're interested in the game I'm developing for that, be sure to follow me on Twitter! I'll get around to making a website when I have more to show. Thank you for checking out my game!

Uploaded Hope v2.04! Changes include alternate controls for arrow keys/WASD, a main menu, greatly improved in-game instructions (accessible via the Help button) and more! Most importantly, you can no longer shoot and repel at the same time, making the game much more challenging!

I uploaded the latest version (v1.08) just now, but I'm continuously working on it! If you want to see a full changelog, you can check out the Ludum Dare entry here or read the changelog.txt included in the .zip file.

Plans for the Future

I fully intend to continue developing this game until I'm satisfied with it, at which point I'll release the source code. I don't know right now whether I'll do that for free or not, but once I decide I will make it known in the Updates section.

EDIT: Development is on hiatus until after the Tower Jam is over. Follow my Twitter for more info on my latest game in the works. Note that the current release of this game is stable (and probably the final release for now). I intend to overhaul the game and rebuild it from the ground-up when I have time to vastly improve upon the original.

Programming, art and design by Luca Fumagalli. You can reach me by e-mail, through Twitter or at my YouTube channel (JACE239).

Music by Incompetech. The song is "Danse Macabre - No Violin".

I'm having problems with the cursor being dragged off to the edge of the screen and/or the menu looks messed up! Why is this happening?

This is due to the game not being compatible with certain resolutions. Download the latest version of Hope to fix these issues, as version 2.0.5 or later should solve all of it. If you're still having problems, let me know! 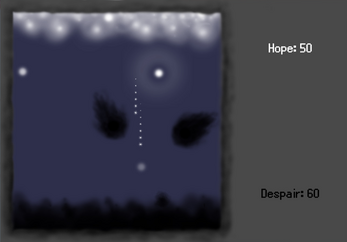 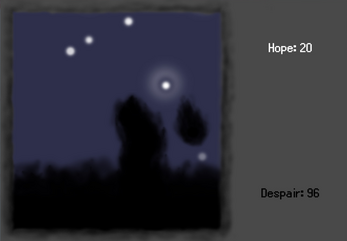 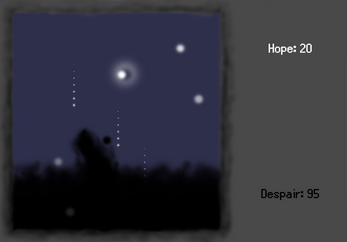